To date, the shows lineup includes Mike Ness of Social Distortion, singer-songwriter Eilen Jewell, and legendary L.A. punk band X. Fans can expect to see an array of artists added over the coming weeks from country musicians to rockers who were influenced by the “Man in Black.”

Also added to the weeklong series of fan events is an intimate performance and interview with Cash’s daughter, Rosanne Cash, on Wednesday, October 19 at 7:30 p.m. at the Rock Hall. The 90-minute performance and exclusive interview will kick off with a special dedication of the 21st Annual Music Masters exhibit, which pays tribute to Johnny Cash and includes items from his personal collection.

Johnny Cash’s youngest daughter, Tara Cash Schwoebel, will also participate in a Johnny Cash Day at the Rock Hall on Saturday, October 22. She will be signing copies of her new book, ‘Recollections by J.R. Cash: Childhood Memories of Johnny Cash.’ The book gives fans a glimpse into the country legends childhood and will be available for purchase at the Rock Hall store. Included with a general admission ticket, fans will also be able to participate in a panel with the Cash family historian, enjoy live music from local bands, gain an understanding of Cash’s impact and influence on popular music, and watch special archival videos of Cash’s performances.

The weeklong series of events begin on Monday, October 17 and will feature expert interviews, panels and educational programs, including a keynote lecture at Case Western Reserve University. A complete schedule of events will be announced in the coming weeks.

Tickets for the 21st Annual Music Masters Concert (range from $30-$100) are available to Rock Hall members beginning at 11 a.m. on Wednesday, September 14 at www.playhousesquare.org. Tickets for the General Public will be available beginning at 11 a.m. on Friday, September 16 at the Playhouse Square box office, by calling (216) 241-6000, or by visiting www.playhousesquare.org. A limited number of premium seating and VIP packages beginning at $300 are available by contacting the Rock Hall’s development office at (216) 515-1201 or [email protected].

Tickets for the “Intimate Evening with Rosanne Cash” are $5.50 and will be available at rockhall.com at 11am on Wednesday, September 28.

Sign up for the Rock Hall’s e-newsletter at www.rockhall.com/e-newsletter to be alerted about event details and tickets.

To millions of fans, Johnny Cash is “the Man in Black,” a country-music legend who sings in an authoritative baritone about the travails of working men and the downtrodden in this country. Lesser known is the fact that Johnny Cash was present at one of the key moments in early rock and roll history by virtue of being one of the earliest signees to Sam Phillips’ Sun Records back in 1955. Cash was part of an elite club of rock and roll pioneers at Sun that included Elvis Presley, Carl Perkins and Jerry Lee Lewis. The four were collectively referred to as “the Million Dollar Quartet” after an impromptu gathering and jam session at the Sun recording studio on December 4, 1956. What Cash and his group, the Tennessee Two, brought to the “Sun Sound” was a spartan mix of guitar, standup bass and vocals that served as an early example of rockabilly. Cash recorded a string of rockabilly hits for Sun that included “Cry, Cry, Cry,” “Folsom Prison Blues” and “I Walk the Line.” The latter was first of more than a dozen Number One country hits for Cash and also marked his first appearance on the national pop singles charts.

Straddling the country, folk and rockabilly idioms, Johnny Cash has crafted more than 400 plainspoken story-songs that describe and address the lives of coal miners, sharecroppers, Native Americans, prisoners, cowboys, renegades and family men. Cash came by his common touch honestly, having been born in Kingsland, Arkansas, during the Great Depression on February 26, 1932. At age three, he moved with his family to Dyess, Arkansas, where he worked the cotton fields. Cash’s roaming days included laboring at an auto plant in Michigan, serving in the Air Force in Germany and working as an appliance salesman in Memphis. Cash became a full-time musician after his two-sided hit—“So Doggone Lonesome”/”Folsom Prison Blues”—shot to Number Four on the Billboard country chart in 1956. From Sun, he jumped to Columbia Records in 1958, where he recorded such favorites as “Ring of Fire,” “Understand Your Man,” “Don’t Take Your Guns to Town” and “Tennessee Flat-Top Box.” But Cash never forgot his roots, nor did he leave hard times behind. A prototype for the black-clad rebel rocker, Cash cultivated a serious drug problem in the Sixties, which ended when he met his second wife, June Carter, whom he married in 1968.

Some of Cash’s best work includes live albums recorded, quite literally, for captive audiences at Folsom and San Quentin prisons. Johnny Cash at San Quentin included the 1969 hit “A Boy Named Sue,” which went to Number Two. In 1969, Cash cut a duet with Bob Dylan for the latter’s Nashville Skyline, and Dylan returned the favor by appearing on The Johnny Cash Show, a successful TV variety hour that premiered in 1969. All the while, the rugged simplicity and uncut honesty of Cash’s approach was steadily seeping into rock and roll by way of the burgeoning country-rock scene.

About the Annual Music Masters:

The Annual Music Masters series, a co-production of the Rock & Roll Hall of Fame and the Center for Popular Music Studies at Case Western Reserve University, celebrates the lives and careers of artists who changed the shape and sound of rock and roll music. Each year, the Music Masters series explores the legacy of a pioneering rock and roll figure in a range of events that includes Museum exhibits, lectures, films, a major conference and a tribute concert benefiting the Rock Hall’s education programs. Drawing together experts, artists, fans and friends, these events provide new perspectives on the most beloved and influential musicians of the past century. The tribute concert brings together a diverse mix of artists and musical styles, and as a result, many magical moments have taken place over the years. The Ohio Arts Council helps fund this program with state tax dollars to encourage economic growth, educational excellence and cultural enrichment of all Ohioans.

Case Western Reserve University is one of the country’s leading private research institutions. Located in Cleveland, we offer a unique combination of forward-thinking educational opportunities in an inspiring cultural setting. Our leading-edge faculty engage in teaching and research in a collaborative, hands-on environment. Our nationally recognized programs include arts and sciences, dental medicine, engineering, law, management, medicine, nursing and social work. About 5,100 undergraduate and 6,200 graduate students comprise our student body. Visit case.edu to see how Case Western Reserve thinks beyond the possible.

In 1946 Paul W. Klipsch, inventor, acoustics pioneer and maverick, founded Klipsch Audio with the sole purpose of bringing the power, detail and emotion of the live music experience into his living room. Through the use of highly efficient speaker designs, handcrafted cabinetry and a thirst for real engineering breakthroughs – Klipsch, the great American loudspeaker company, was born in Hope, AR. Today, our diverse range of quality audio products includes speakers and headphones for almost any consumer and professional application – including cinema, whole-house, wireless, home theater and portable offerings. Honoring our founder’s legacy, Klipsch continues to be the legendary high-performance brand of choice for audiophiles and aficionados around the world. We are the Keepers of the Sound®. Klipsch Group, Inc. is headquartered in Indianapolis and is a wholly-owned subsidiary of VOXX International Corporation (NASDAQ: VOXX).

Playhouse Square is a not-for-profit performing arts center whose mission is presenting and producing a wide variety of quality performing arts, advancing arts education and creating a destination that is a superior location for entertainment, business and residential living, thereby strengthening the economic vitality of the region.

About the Rock & Roll Hall of Fame:

The Rock & Roll Hall of Fame’s mission is to engage, teach and inspire through the power of rock and roll. The institution carries out its mission by giving voice to the stories of the people, artifacts and events that shaped rock and roll — through exhibits, materials in the Rock & Roll Hall of Fame’s Library and Archives, traveling exhibitions, and a wide array of innovative educational programs and activities. The Rock Hall is open seven days a week from 10 a.m. to 5:30 p.m. On Wednesdays (and Saturdays from Memorial Day through Labor Day), the Rock Hall is open until 9 p.m. For more information, please call 216.781.ROCK (7625), visit rockhall.com or follow us on Facebook, Twitter (@rock_hall) and Instagram (@rockhall). 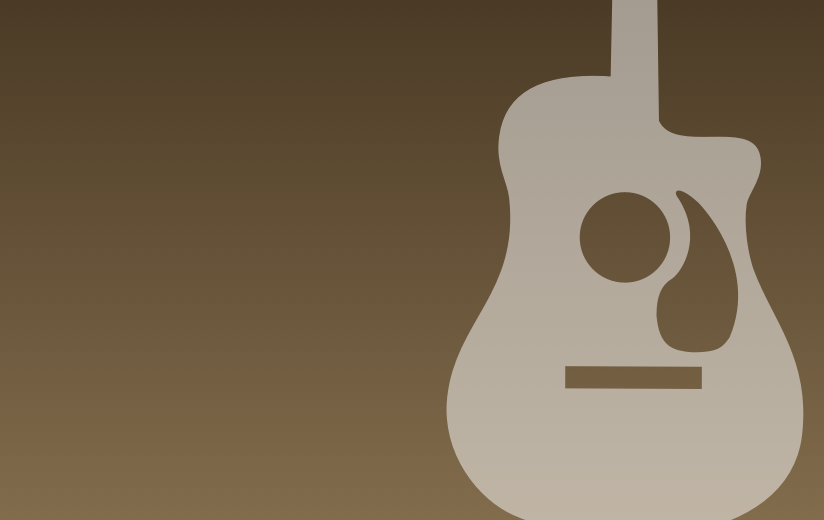 August 10, 2016
Toggle Share
Lyrics + Info Watch Video Save Track
X
Save On Apple Music Save On Deezer Save On Spotify
X
X