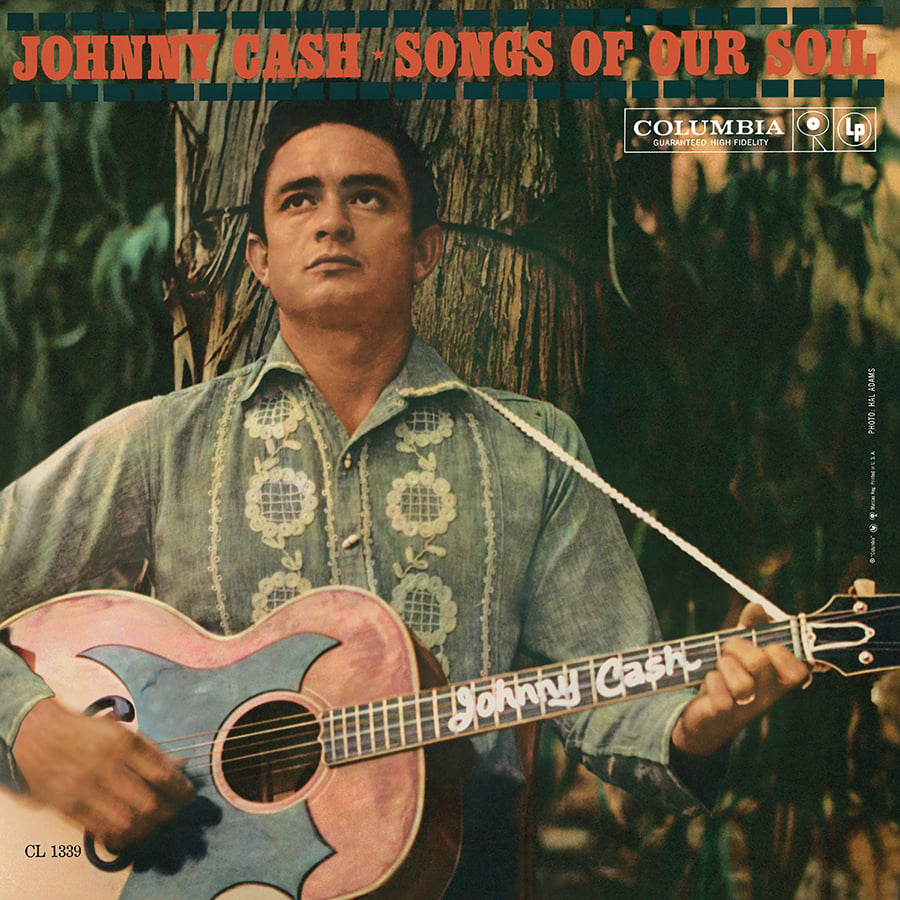 Once more the great Johnny Cash offers a group of superb interpretations of some unusually interesting songs, many of them of his own composition. The folk ballad has a long and fascinating history, and from the genre have come some of America’s finest songs, giving glimpses of history, of life as it was lived years ago and of many varieties of human experience. With the increasing speed and complexity of life these days, not many new ballads are being written, but among those that are, the ones from the pen of Johnny Cash stand at the top, and he presents some of his newest in this album, along with some old favorites for perspective.

Gifted with a voice particularly well suited for folk ballads, Johnny Cash also brings to them a special kind of understanding that heightens their impact. As he has demonstrated again and again, his warmth and sincerity build up a conviction that is shard by the listener, and, when he is singing his own songs, his performances are definitive.

He begins his program with Drink to Me, a kind of temperance message with echoes of Drink to Me Only with Thine Eyes threaded through it; what is heard here is a more contemporary arrangement of the basic theme. In Five Feet High and Rising Johnny offers a singularly convincing ballad of flood water and the imminent threat they provide, while The Man on the Hill is a ballad of hard times that might have originated in the Dust Bowls in the thirties. Hank and Joe and Me tells a story of waterless miners making their way across a desert, while Clementine is an outstanding example of the narrative ballad form. The Great Speckled Bird, which closes the first half of the program, is a widely-known ballad of the religious variety, with a mythic approach unusual in such music.

In the second portion, Johnny begins with I Want to Go Home, a lively number with a delightful, quiet humor, and then changes pace with The Caretaker, a mournful morality tale of a hermit who has withdrawn from the world. An air of authentic history is the special feature of Old Apache Squaw, while Don’t Step on Mother’s Roses is a sentimental tale told in terms of country music. My Grandfather’s Clock, of course, is an old favorite, and Johnny concludes his program with the simple philosophy of It Could Be You.

Whether singing folk ballads, hymns or any kind of song Johnny Cash has proved himself one of the most versatile and popular artists of today. He comes naturally by his feeling for the ballad form, having heard many of them in his home town of Dyess, Arkansas, and having himself sung many of them to entertain his family and friends. As he gained experience, he also gained confidence in his singing and playing, and began to compose songs and ballads himself. When he took some of his work to record companies, his potential was recognized at once, and indeed his first four songs were all huge successes. Since that time, he has appeared as a member of the cast of the Grand Ole Op’ry and has started out on an equally promising career in movies. In this collection of ballads, Johnny is heard at his finest, singing songs of outstanding interest in his inimitable and uniquely expressive style. 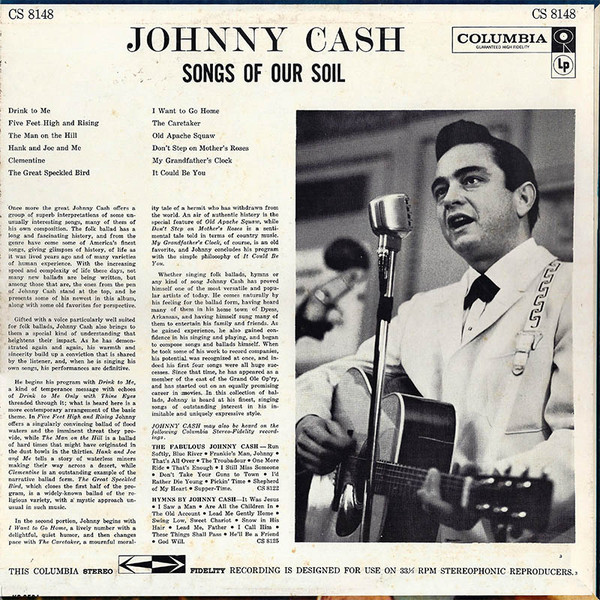 ‘Songs Of Our Soil’ Album Back Cover Sleeve