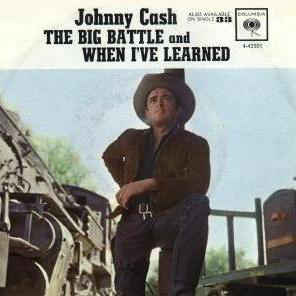 Save Track
Save On Apple Music Save On Spotify

[Verse]
I think sir the battle is over, and the young soldier lay down his gun
I’m tired of running for cover, I’m certain the battle is done
For see over there where we fought them, it’s quiet for they’ve all gone away
All left is the dead and the dying, the blue lying long side the grave

Can you hear the deafening rumble, can you feel the trembling ground
It’s not just the horses and wagons that make such a deafening sound
For every shot fired had an echo and every man killed wanted life
There lies your friend Jim McKinney, can you take the news to his wife?

No son the battle’s not over, the battle has only begun
The rest of the battle will cover the part that has blackened the sun
The fight yet to come is not with cannon, nor will the fight be hand-to-hand
No one will regroup the forces, no charge will a general command

The battle will rage in the bosom of mother and sweetheart and wife
Brother and sister and daughter will grieve for the rest of their lives
Now go ahead, rise from your cover, be thankful that God let you live
Go fight the rest of the battle for those who gave all they could give