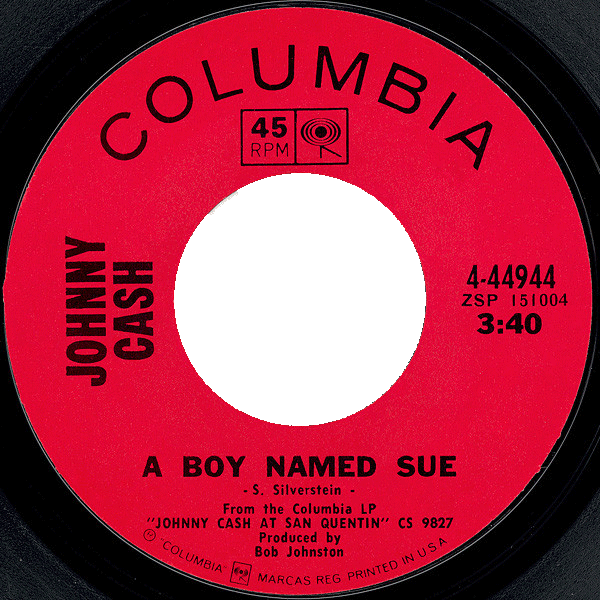 [Verse 1]
My daddy left home when I was three
And he didn’t leave much to ma and me
Just this old guitar and an empty bottle of booze
Now, I don’t blame him cause he run and hid
But the meanest thing that he ever did
Was before he left, he went and named me “Sue.”

[Verse 2]
Well, he must o’ thought that is quite a joke
And it got a lot of laughs from a’ lots of folk
It seems I had to fight my whole life through.
Some gal would giggle and I’d get red
And some guy’d laugh and I’d bust his head
I tell ya, life ain’t easy for a boy named “Sue.”

[Verse 3]
Well, I grew up quick and I grew up mean
My fist got hard and my wits got keen
I’d roam from town to town to hide my shame
But I made a vow to the moon and stars
That I’d search the honky-tonks and bars
And kill that man who gave me that awful name

[Verse 4]
Well, it was Gatlinburg in mid-July
And I just hit town and my throat was dry
I thought I’d stop and have myself a brew
At an old saloon on a street of mud
There at a table, dealing stud
Sat the dirty, mangy dog that named me “Sue.”

[Verse 5]
Well, I knew that snake was my own sweet dad
From a worn-out picture that my mother’d had
And I knew that scar on his cheek and his evil eye
He was big and bent and gray and old
And I looked at him and my blood ran cold
And I said: “My name is ‘Sue!’ How do you do!
Now you’re going to die!!”

[Verse 6]
Well, I hit him hard right between the eyes
And he went down, but to my surprise
He come up with a knife and cut off a piece of my ear
But I busted a chair right across his teeth
And we crashed through the wall and into the street
Kicking and a’ gouging in the mud and the blood and the beer

[Verse 7]
I tell you, I’ve fought tougher men
But I really can’t remember when
He kicked like a mule and he bit like a crocodile
I heard him laugh and then I heard him cuss
He went for his gun and I pulled mine first
He stood there lookin’ at me and I saw him smile

[Verse 8]
And he said: “Son, this world is rough
And if a man’s gonna make it, he’s gotta be tough
And I knew I wouldn’t be there to help ya along
So I give ya that name and I said goodbye
I knew you’d have to get tough or die
And it’s the name that helped to make you strong

[Verse 9]
He said: “Now you just fought one hell of a fight
And I know you hate me, and you got the right
To kill me now, and I wouldn’t blame you if you do
But ya ought to thank me, before I die
For the gravel in ya guts and the spit in ya eye
Because I’m the son-of-a-bitch that named you Sue

[Verse 10]
I got all choked up and I threw down my gun
And I called him my pa, and he called me his son
And I came away with a different point of view
And I think about him, now and then
Every time I try and every time I win
And if I ever have a son, I think I’m gonna name him
Bill or George! Anything but Sue! I still hate that name! 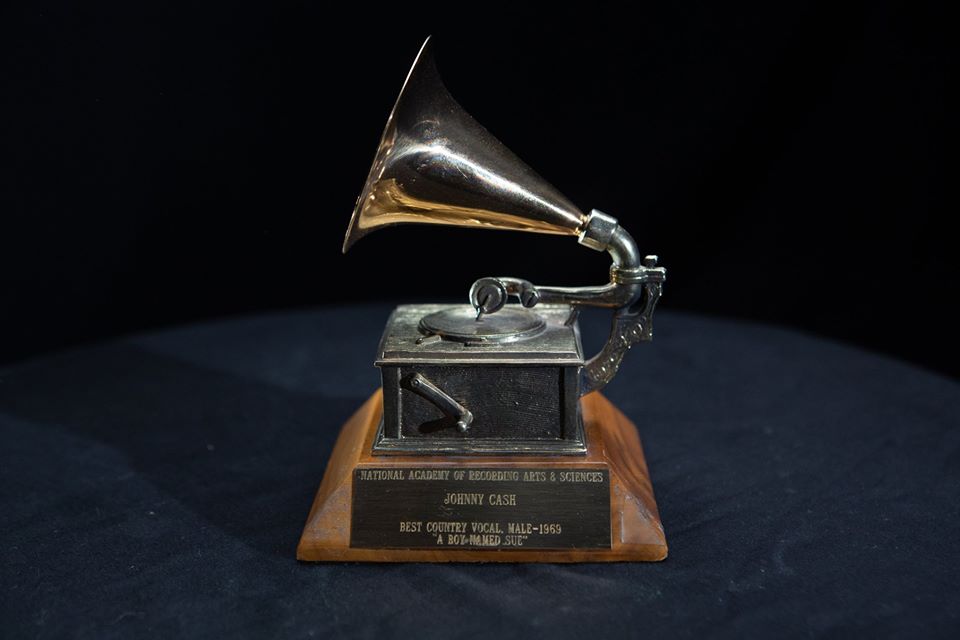