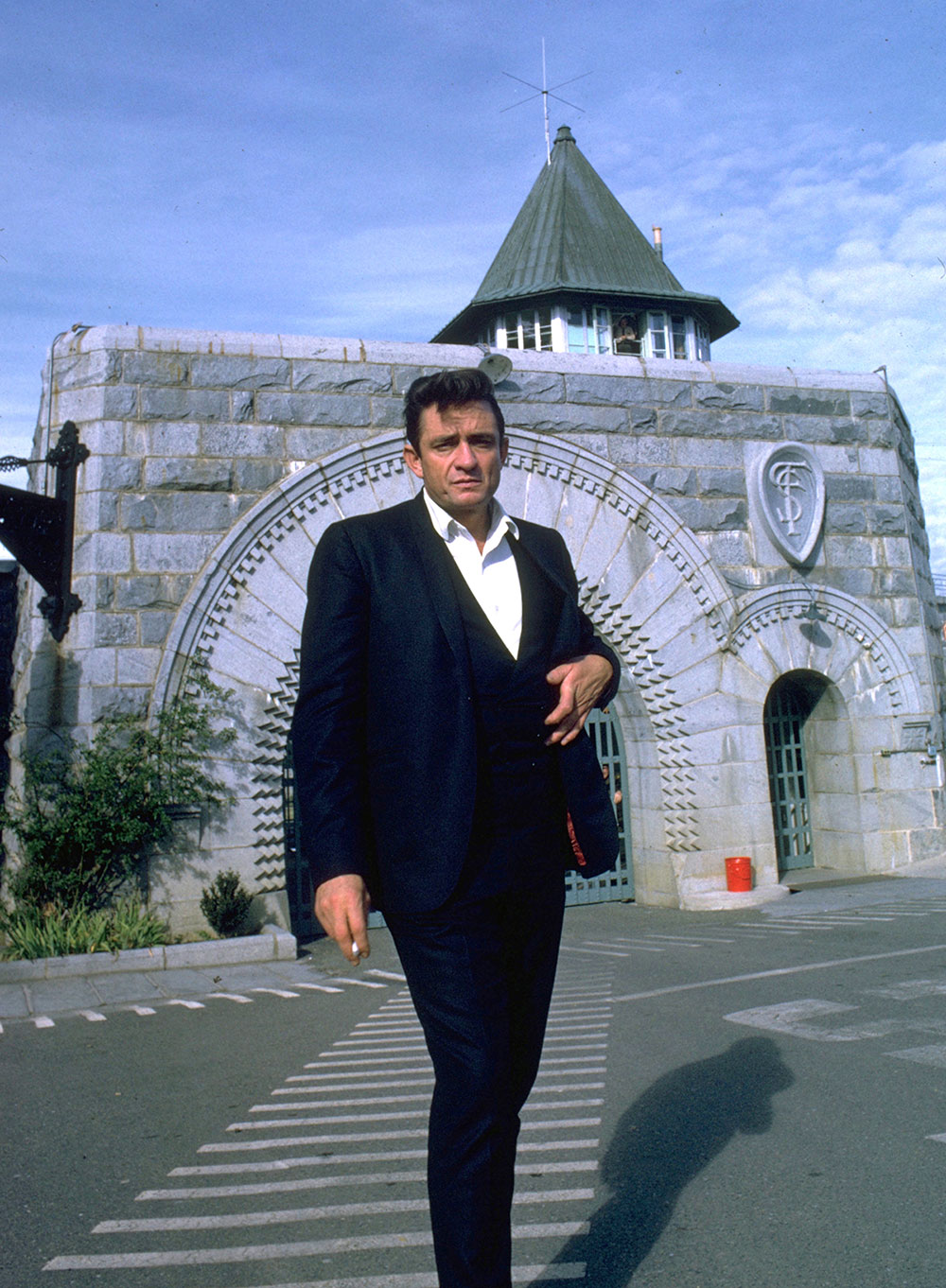 The first ever Spanish Language Interpretation of Johnny Cash’s Famed Song, Written in Collaboration with his Family, is the first Advance Release from “Los Tigres del Norte at Folsom Prison”, an upcoming Netflix Original Documentary and Landmark Live Album

Recorded live at the same prison where the legendary Johnny Cash recorded his chart-topping “At Folsom Prison” album fifty years earlier, “La Prision de Folsom (Folsom Prison Blues)” is the first-ever Spanish language version of the iconic song – created with the support of John Carter Cash, his son, and written in collaboration with Ana Cristina Cash, his daughter- in-law.

“It was such a blessing to be able to support Los Tigres del Norte in this project.  For Ana Cristina, a multi-lingual songwriter who learned Spanish as her first language, collaborating with this legendary band on the translation of ‘Folsom Prison Blues’ was a particular honor.  We’re both thrilled that the translation will reach new listeners and merge the two worlds of country and Latin music, while preserving the integrity and message of the original song. For us, and for Johnny Cash, music has no boundaries”

Just as Johnny Cash opened his historic 1968 concert with “Folsom Prison Blues,” Los Tigres del Norte likewise took to the prison stage with their own rendition as the very first song performed for a new generation of bilingual inmates.  The moment is captured in the band’s groundbreaking documentary which is a journey into the world of Latino incarceration told through the songs of Los Tigres and the stories of Folsom’s inmates. With Latino inmates now accounting for 43% of California’s prison population, bringing “a spotlight to this issue could not be more timely”.

Although scores of artists sought permission, Los Tigres del Norte was the only act authorized by the California Department of Corrections and Rehabilitation (“the CDCR”) to film and record at Folsom for the 50th Anniversary of Johnny Cash’s performance.  The band’s album is the first recorded at Folsom in fifty years, since Cash’s own prison recordings.

‘It’s an honor to be releasing the first ever Spanish language version of Johnny Cash’s iconic song ‘Folsom Prison Blues’.  Johnny Cash–his music and his humanity–is the inspiration for our new documentary and album.  Like us, he sings about the lost, the forgotten, and the powerless. Like us, he traveled to Folsom Prison to bring hope with his music.  Like us, he wanted to shine a light on issues of incarceration, which is especially important to our community now.  We are sincerely grateful to Ana Cristina & John Carter for all their support, and it’s a true privilege to carry on Johnny Cash’s tradition by bringing his music and spirit to our fans”

Set for release by the band’s longtime record company, Fonovisa/Universal, the “Los Tigres del Norte at Folsom Prison” album will feature recordings from the band’s two concerts at Folsom (one for the men, one for the women–who are housed in separate facilities).  The band personally selected the songs for the project after reviewing the pre-filmed inmate interviews, so that the songs would best connect to the inmates’ personal experiences.

Two time Oscar winning composer and eighteen-time Latin Grammy winner Gustavo Santaolalla, a legend in his own right, and his long-time producing partner Anibal Kerpel, accompanied the band to Folsom and produced the music for documentary and album.

Today’s single is released in both a live version and a special “Radio Version”. The just premiered video features the band’s landmark performance at Folsom Prison.

One of the most popular and influential bands in the history of Latin music, Los Tigres del Norte have been superstars for five decades. The band hassold over 40 Million albums worldwide, while notching 24 #1 albums, more than 50 #1 singles, and placing more tracks (66) on the “Hot Latin Songs Chart” than any other artist or group. Los Tigres del Norte has received countless Platinum records and numerous awards – including multiple GRAMMY and LATIN GRAMMYS, the Latin Recording Academy’s Lifetime Achievement Award, and The Hispanic Heritage “Legends” Award at The Kennedy Center. Even after an unrivaled five-decade career, Los Tigres continues to be at the forefront of Latin music popularity – still performing regularly throughout the US, Central and Latin America to audiences exceeding 100,000+ a night,  releasing chart topping albums and singles, and continually blazing new trails for their music.  Just this year they set the all-time attendance record at the Houston Rodeo, eclipsing the record achieved nine days earlier by Cardi B, when over 75,000 people came to see them in concert.