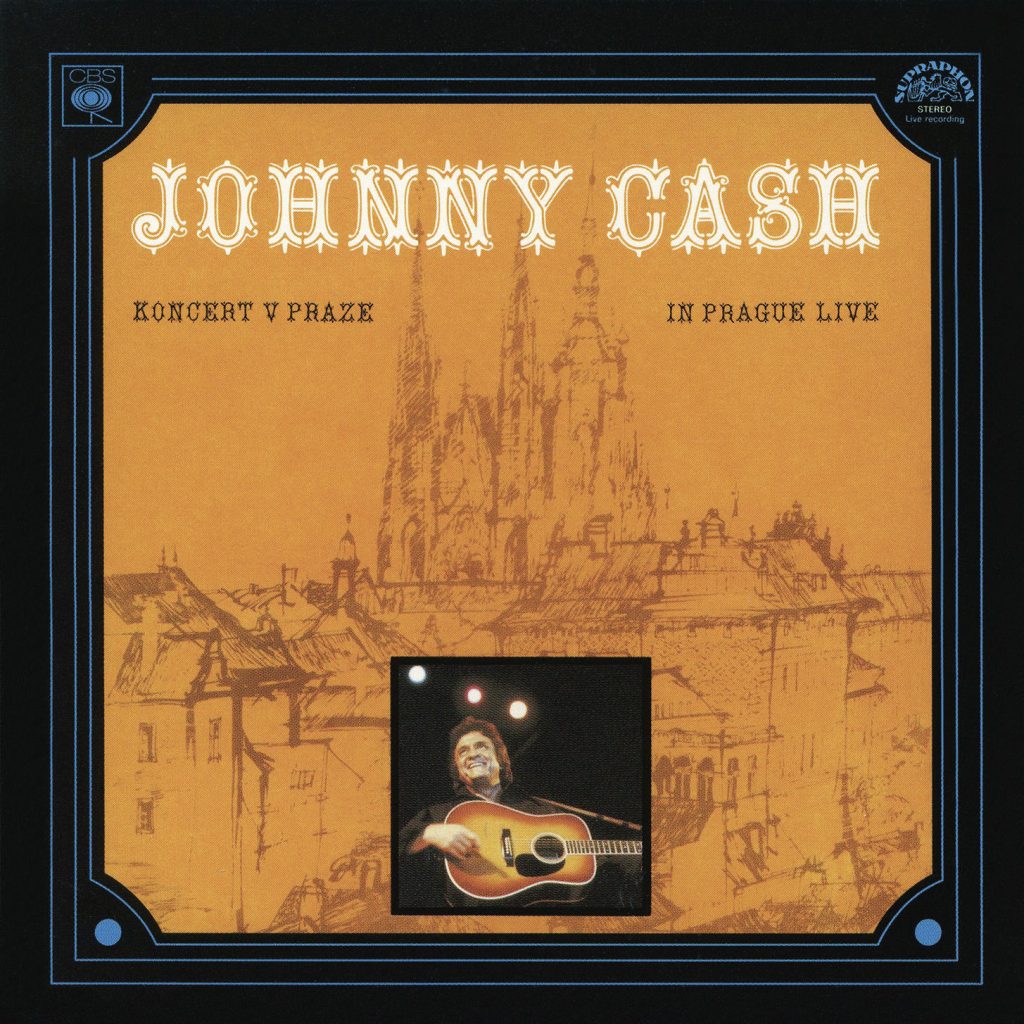 Buy Now
Listen
Save Album
Save On Apple Music

Johnny Cash’s Koncert V Praze (In Prague—Live) remains one of the most curious entries in The Man in Black’s discography. Conceptually, it was none too different from the family-style show Cash had delivered audiences for years, with instrumental accompaniment from The Tennessee Three and vocals from members of The Carter Family. Even the track list, 11 songs culled from the most beloved selections in Cash’s catalog (“Ring Of Fire,” “I Walk The Line,” “Folsom Prison Blues,” the Kris Kristofferson-penned “Sunday Morning Coming Down”), was a broad overview of Cash’s greatest hits in a live context.

But Koncert V Praze was a rare example of a Western performer putting on a show behind the Iron Curtain—in this case, the capital of Czechoslovakia, which had become a Communist state shortly after the end of World War II. Recorded in 1978, Koncert V Praze wouldn’t be released in the country until 1983, when it was briefly pressed on the native classical label Supraphon. Most hardcore Johnny Cash fans weren’t aware of its existence until much later, when it was released in Legacy’s The Complete Columbia Album Collection box set in 2012. (A subsequent reissue on “Soviet red” 180-gram vinyl, for Record Store Day 2015, was a collectible smash hit.)

For Rosanne Cash, who was performing with her father that night, it remained a memorable experience from start to finish. “I think he didn’t know what we were getting into—but [the people of Prague] knew him,” she recalled in an interview conducted earlier this year. “It was packed, thousands and thousands of people. There were police walking through the aisles during the concert, and if someone got too excited the police would tap them. They didn’t want to give the impression that people were thrilled to have this Western artist there.”

Indeed, the audience was excited to experience Cash in person. For years, he’d been a symbol of rebellion and freedom to countless fans around the world; in a time and place where thoughts and actions were strongly policed, Czech natives could see Cash and believe they could enjoy the freedoms Cash espoused. Indeed, the Los Angeles Times reported that Cash was approached by a Czech immigrant at a meet-and-greet before a 1986 performance in California who’d attended one of the four sold-out shows in Prague eight years prior. “You mean, for us, freedom in the West,” the man would tell Cash.