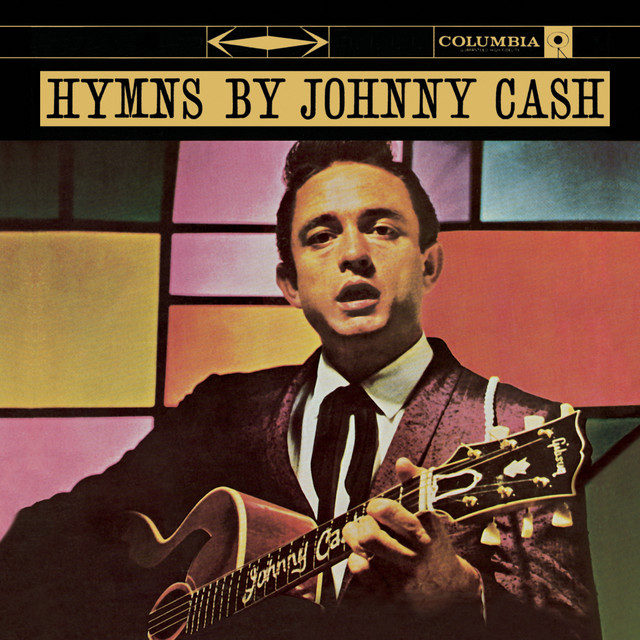 In this inspiring collection, Johnny Cash turns his attention from the popular songs that have made him one of the brightest stars of today to the simpler songs of faith and devotion, presenting a program that combines religious feeling with music in splendid fashion. There are many fine hymns to choose from, and sometimes the old favorites are too often chosen, at the expense of the excellent new religious songs being written every day. For this program, Johnny Cash has chosen a few old favorites and some splendid new creations, including several he composed himself.

Johnny Cash, in fact, began his remarkable career as a composer, jotting down musical ideas that occurred to him. He started out in his home town of Dyess, Arkansas, singing with his friends and in church, and, after the army, attended radio school. It was there that his interest in music really flowered, and he began to take his pastime seriously. As last he gathered together a few of his songs and started to call on record companies, and within a short time was signed not only as a composer but as a performer as well. His first four songs were all big hits, as were several subsequent numbers, and his records shot to the top of the best-seller lists. He joined the cast of the Grand Ole Op’ry, working with such stars as Marty Robbins, Carl Perkins and Ray Price, and then, with a movie career in the offing, moved to Hollywood, where he lives today, with his wife and three small daughters.

Here he is heard in his selection of hymns, singing them reverently and fervently, and investing them with deep meaning. Among the songs are It Was Jesus, formerly called Who Was It and the ever-moving Swing Low, Sweet Chariot, sung in his own arrangement. The hymns which he himself has written included It was Jesus, Are All the Children In (written with Oliver Greene), The Old Account, I Called Him (written with E. Roy Cash, Sr.), He’ll Be a Friend and Lead Me, Father. No one can listen to Johnny Cash singing these hymns, or the others in this program, without sensing at once the warm blend of artistry and sincerity that has so quickly made him a star, and no one can listen without sharing in that sincerity. 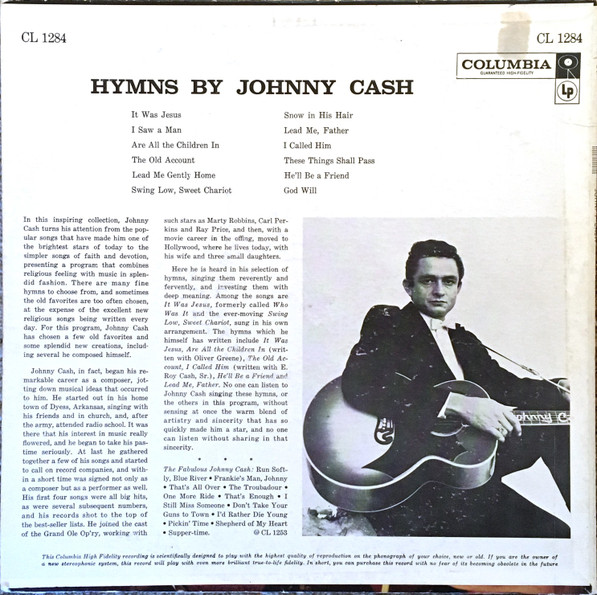